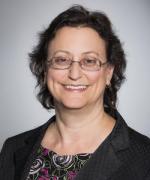 Kelly headed up Operations and Research at Baobab Studios, a virtual reality animation studio.  She has two Daytime Emmys for “Outstanding Interactive Media – Original Daytime Program” for her work on Baobab Studios “Asteroids!” (2017) and “Crow, The Legend” (2018).

Kelly was the first woman Editor-in-Chief of The Technique and won Best Editorial from the Georgia Collegiate Press Association for her editorial challenging the Georgia state legislature to provide better funding for Georgia Tech. She was also recognized as one of Georgia Tech’s “50 Firsts” celebrating 50 years of women at Georgia Tech.