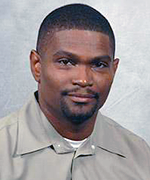 Marcus Johnson is the Director of Faculty Administration in the College of Computing’s Office of Faculty Affairs.  Marcus serves as the liaison to several Institute offices such Provost, Faculty Affairs, Payroll, EVPR, etc. in addition to providing oversight of all faculty HR processes in the College.  In his role as director, he leads a team of three HR professionals who continually strive for best practices and transparency.  In the consolidated HR model we have adopted, this office is responsible for the transactional faculty HR processes in the College which include, but is not limited to, Reappointments, Promotion and Tenure, Leaves, Hiring, Administrative Appointments, GT-TRACS processing, Retentions, as well as other varied functions for all titles in the faculty ranks.
Marcus began his career at Georgia Tech in 1996 after seven years of active duty service in the U.S. Army.  During his time on campus, he has faithfully served Tech’s College of Engineering, Ivan Allen College, and finally the College of Computing, where he has served since 2004.  He has held many positions on campus working in the areas of academics, finance, and human resources; therefore, he brings a wealth of experiences to his directorship.
Originally from New Orleans, Marcus received his BS in Business Administration with a concentration in HR from the University of Phoenix.  He has received many awards including the Computing Dean’s Award, SDC, MDC, and Train the Trainer Certification.  In addition, he was the inaugural recipient of the College Community Service award.
He has provided service to the Institute by serving as GT’s representative on the Staff Council for the USG committee, representing the College at several meetings with President Peterson, and volunteering for campus events such as the annual Graduate Student Expo, Earth Day, and the Kaiser Permanente Run.  He has also served the College on the Morale Team twice including serving as the inaugural team lead, led the employee recognition committee, revamped the recognition initiative, and participated on the Staff Advisory Committee.  Marcus has served on several Institute focus groups including the current group to electronically revamp the RPT process at the Institute.  Additionally, he fulfills many personal service rolls around the Atlanta community.
Marcus always strives for excellence and holds his team to the same high standard.  He advises the College leadership and serves on the Executive HR team for the College.  He has a passion for faculty processes and for making a difference.  He is a consummate HR professional.

Office of the Dean
Office of Faculty Affairs