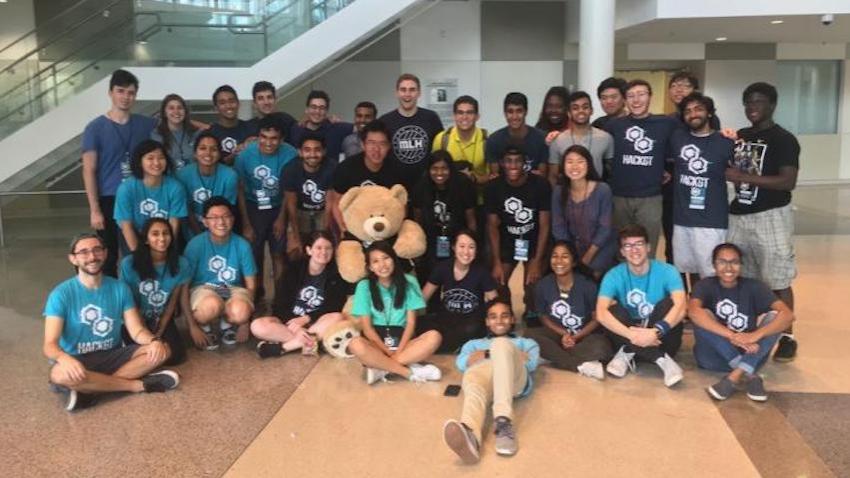 We Can Hack That: Georgia Tech Takes First Place in Hackathon Competition

It’s been a grueling year, but Georgia Tech students have risen to the top of the Major League Hacking (MLH) ranks and have won 1st Place in the recently completed 2017 MLH Hackathon Season.

MLH is an international student hackathon league. Participating in sanctioned events throughout North America, student teams from across campus collectively competed in most of the 190 events held between August 2016 and July 2017. In all, more than 3,000 university and high school students participated in the North American MLH events.

Georgia Tech rose to the top of the MLH standings this season by earning the highest number of merit points and the second-highest number of participation points. Combined, these stats put them ahead of Rutgers University in second place and the University of Waterloo in third place.

“Winning the 2017 MLH Hackathon Season award is not solely an ode to the computer science outreach of HackGT, but to all of the Georgia Tech students who excelled at MLH sponsored Hackathons,” said Jordan Madison, HackGT director of communications and third-year computer science major.

“With the $50,000 in equipment, we will grow the pool of resources that we provide to our attendees; therefore, giving them more opportunities to bring even more ideas to fruition.”

This upward trajectory is in no small part attributable to HackGT. Led by Shehmeer Jiwani (CS ’16) and Pavleen Thukral (CS ’16), Georgia Tech students started attending MLH hackathons around 2013. This resulted in the founding of the HackGT student club in 2014.

The growing interest in hackathons on campus led Jiwani and Thukral to organize Georgia Tech’s first hackathon – known as Hackatech – which has since evolved into HackGT. The organization hosted its fourth hackathon, HackGT, in October. HackGT4: New Heights attracted more than 1,000 hackers from across North America to the three-day event.