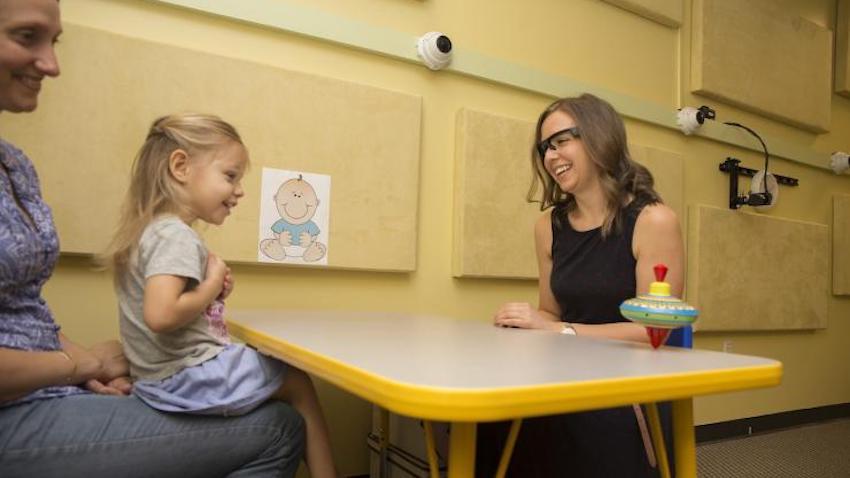 The National Science Foundation has awarded a $5 million grant to a multi-university team of researchers that includes Georgia Tech to create novel artificial intelligence technology that trains and supports individuals with Autism Spectrum Disorder (ASD) in the workplace.

“Our innovative approach uses an unobtrusive wearable camera to record social behaviors, which are then analyzed using computer vision and deep learning models,” Rehg said. “Our automated analysis will allow job seekers to get feedback on their communication skills as part of our team’s integrated approach to job interview coaching.”

The project, which is part of the NSF’s Convergence Accelerator program, addresses an underutilized U.S. talent pool that poses a “critical but overlooked public health and economic challenge: how to include individuals with ASD” in the workforce, according to Vanderbilt Professor Nilanjan Sarkar who is leading the project team.

“We want to harness the power of AI, stakeholder engagement and convergent research to include neurodiverse individuals in the 21st century workforce,” Sarkar said. “We feel that there is a big opportunity to turn great societal cost into great societal value.”

For this project, organizational, clinical and implementation experts are integrated with engineering teams to pave the way for real-world impact. The multi-university, multi-disciplinary team already has commitments from major employers to license some of the technology and tools developed.

Already, notable private-sector companies that employ people with ASD have committed to using at least one of the technologies developed under this program: Auticon, The Precisionists, Ernst & Young and SAP among them.

Two other companies, Floreo and Tipping Point Media, will make their existing VR modules available for adaptation to the program. Microsoft, which has a long-standing interest in hiring people with ASD, is involved as well and provided seed funding and access to cloud services for technology integration.

The five technologies can be used separately or as an integrated system, and the work has broader potential beyond ASD to expand employment access. In the U.S. alone, an estimated 50 million people have ASD, attention-deficit/ hyper-activity disorder, learning disability or other neuro-diverse conditions.