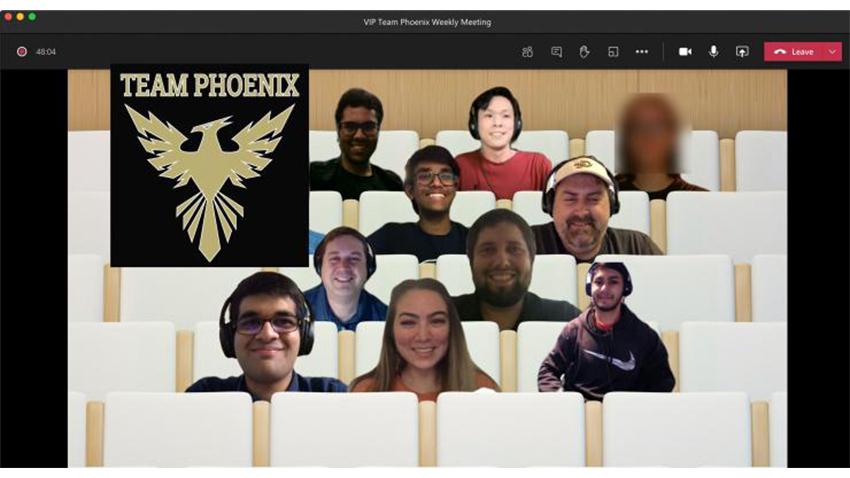 A group of undergraduate students from Georgia Tech, dubbed Team Phoenix, has claimed the third-highest overall score in the premier high-performance computing (HPC) student competition of 2020.

The Student Cluster Competition (SCC) is an immersive 72-hour HPC challenge held as part of the Supercomputing Conference Series (SC). SCC presents undergraduate students with real-world scientific workloads, a series of benchmarks, and even a mystery challenge to overcome.

This achievement marks just the second time that a Georgia Tech team was accepted to the competition. Despite a Georgia Tech group not competing since 2017, this year’s challengers were prepped and ready to become the only team outside of China to place in the top three of 19 competing organizations.

“The success of Georgia Tech's SC20 Student Cluster Competition team was a thrill to witness. We feel strongly about providing students with opportunities to experience HPC. Our strategic partners from industry and national labs tell us demand for HPC skills continues to rise and initiatives like the SCC help cultivate interest in HPC careers,” said Team Phoenix coach and School of Computational Science and Engineering (CSE) Research Technologist Will Powell.

Supported by the VIP program and the leadership of the five coaches, the students engaged in the long-term, large-scale project that took nearly a year of planning to achieve before the competition had even started.

Part of this initial planning period was used to identify and recruit sponsorship for the team’s machine configuration. Vendor partner Penguin Computing answered the call by providing hardware support and sponsorship of Team Phoenix, while Intel and NVIDIA both shared expertise related to application optimization and HPC tools.

Due to Covid-19, the competition was moved to the Microsoft Azure cloud to accommodate remote participation, becoming the first-ever Virtual Student Cluster Competition of the Supercomputing Conference series. Undeterred by the change in format, the students exhibited mastery of both HPC and cloud skills while building virtual clusters, learning scientific applications, and applying optimization techniques for chosen cloud configurations.

As part of the competition’s new parameters, each team received an initial $3,200 debit balance for the use of cloud resources. Benchmark results were then compared to calculate standings followed by a $500 boost 12 hours before the competition’s end which presented new opportunities for teams looking to maximize their respective scores. In total, all 19 teams used a collective $61,300 of the $70,300 budget, demonstrating not only effective HPC skills but also effective managerial and budgeting skills as well.

“Team Phoenix was supportive of one-another, competitive, clever, resourceful, and focused. It was a marvelous adventure. The end result is something all Yellow Jackets can be proud of and the team itself will never forget. We now have a reputation to defend and look forward to embarking on the adventure again in 2021,” said Powell.