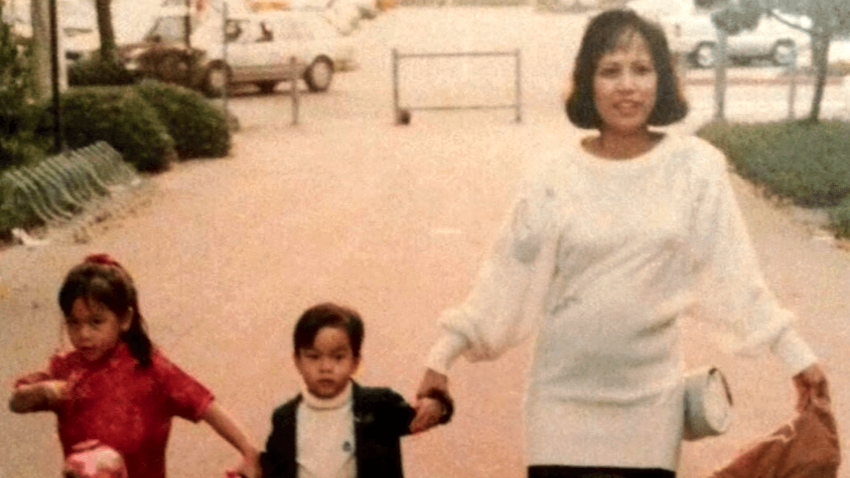 Alumna Paying it Forward to Honor Her Mother

Kathy Pham (CS 07, MS CS 09), a Vietnamese American, Fellow of Harvard and Mozilla, and Digital Service Expert at the White House, attributes her success in no small part to her mother, Mary Hương Thị Phạm.

She remembers her mother working long hours in restaurants and nail salons, and still making sure there was delicious, comforting, Vietnamese food on the table when they got home from school.

“I attribute my own work ethic and resilience to my mom,” Pham said. “I often wish she were still around so I could pay it all back to her, treat her to a life that she deserves and worked so hard to give us. But since I cannot do that, the next best thing is to pay it forward,” added Pham. 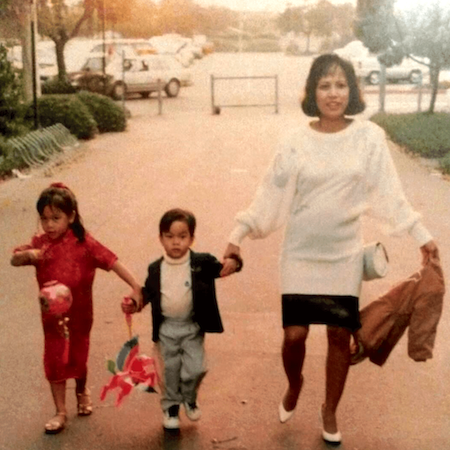 Mary Hương Thị Phạm passed away in 2016 after a three-year battle with leukemia, just a few weeks after meeting her first grandchild. She left behind an incredible family legacy: daughter Kathy Pham; son Major David Pham (BS MGMT), who is now a United States Marine Corps infantry officer; and son-in-law Mike Evans (BS EE); as well as her 94-year-old mother and eight siblings.

Now, Kathy is honoring her mother’s life and work by endowing a scholarship in her name.

“I really want to honor my mom, who worked so hard her whole life,” Pham said. “She gave us so much. Even though she was unfamiliar with the university system, she made sure our basic needs were met so we could study and get into a university like Georgia Tech.”

“This scholarship also honors the strength and resilience of all the women who made me who I am — like my grandmother, who survived multiple bombings and had the strength to send her kids on a boat in the middle of the night to seek a better life,” Pham added. The Mary Hương Thị Phạm Scholarship will be awarded annually to eligible CS undergraduate students, with a preference for women and those in financial need.

Mary Hương Thị Phạm was one of the tens of thousands of Vietnamese refugees who fled for America in the 1980s. She became a U.S. citizen in 1995. She had a challenging life, navigating a new world and raising two kids, but she always made sure she taught her children to learn from the obstacles in their way.

“The challenges were good lessons for us,” Kathy Pham said. “We got jobs as soon as we were old enough to work so we could pay for our expenses and also help support the household. I think that’s good practice for any family regardless of income.”

“Another challenge was figuring out where I could go to college,” she added. “But that limitation led to me staying in state and going to Georgia Tech, which set such a strong foundation for the rest of my career. And I still smile thinking of all the bragging my mom would do about me and my brother going to Tech.”

One of the reasons that Kathy Pham chose to memorialize her mother with a scholarship is that she still remembers the scholarships she got in college. “The financial aspect was really helpful,” she said. “Every amount made a difference. But there was also validation as well. And it’s never too early to start giving back.”

Mary Hương Thị Phạm was the mother of Kathy Pham and David Pham, and mother-in-law of Mike Evans, three proud Georgia Tech alumni. As a refugee and single mother, Mary worked multiple jobs to raise two kids who would eventually attend Georgia Tech, benefiting from various scholarships and support. Kathy majored in computer science. David majored in management and was part of ROTC, later joining the Marine Corps. Mary died in 2016 after a three-year battle with Leukemia, just five weeks after meeting her first granddaughter, Alexandra. This endowment honors Mary Pham, single parents, and resilient fighters who push for the best for themselves, their families, and their societies.