The College of Computing community is saddened by the recent news of the passing of Philip Enslow, Jr., who taught computing at the Georgia Institute of Technology from 1975 to 2000. 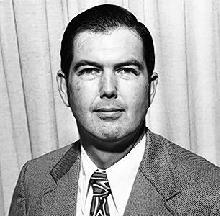 Enslow wrote a pioneering paper in 1978 on distributed systems. He also built a comprehensive telecommunications program in the College and helped guide the creation of the College of Computing in 1990.

“When I became founding dean of the college in late 1989,” said Peter Freeman, “Phil instantly became a point of reference and guide for me. To say that he was key to the early success of the College would be an understatement.”

Enslow is not only remembered for his technical accomplishments, but also for being a warm and welcoming member of the Georgia Tech Computing community.

“Phil certainly played a role in me choosing Georgia Tech,” said Mustaque Ahamad, a professor of computer science who came to Tech in 1995. “He was a colleague and a mentor to so many of us.” Ahamad was not alone in that sentiment.

“Phil is largely responsible for me accepting a faculty offer at Tech,” said Mostafa Ammar, Regents’ Professor of Computer Science, who joined in 1985. “I remember his interview questions about important practical things that are often glossed over in classes. To this day, one of my goals in a networking class is to make sure our students can answer Phil’s questions.”

“He was a true legend,” said Ellen Zegura, the Stephen Fleming Chair of Computer Science. “He was instrumental in shaping the College of Computing as an institution, but he also shaped so many individual careers.” Zegura first met Enslow when she came to Tech as an assistant professor in 1993.