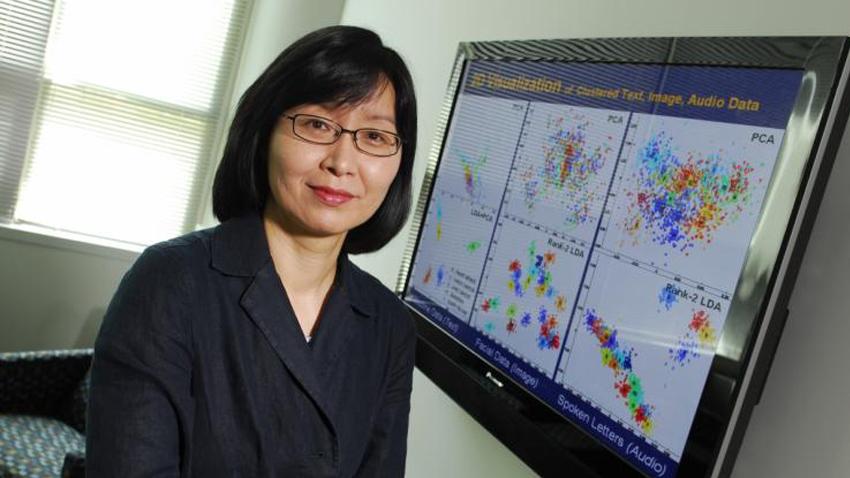 The College of Computing is proud to announce the appointment of Haesun Park as the new chair of its School of Computational Science and Engineering (CSE).

“Haesun is not only a cutting-edge researcher, but has experience managing cutting-edge researchers, including for the National Science Foundation,” said Charles Isbell, Dean and John P. Imlay, Jr. Professor of the College of Computing. “She will be a valuable leader for the School of Computational Science and Engineering and for the College of Computing, and I look forward to working with her.

Park joined the School of Computational Science and Engineering in 2005 and has been a Regents’ Professor since 2019. During that time she served as the associate chair of the school and participated in creating new Ph.D. and MS degree programs in CSE. She also served as the executive director of the Center for Data Analytics, and as the director of the NSF-funded Foundations of Data and Visual Analytics Center. Before coming to Tech, Park served as a program director in the Computing and Communication Foundations Division at the National Science Foundation.

Park is a fellow of the Society for Industrial and Applied Mathematics (SIAM) and of the Institute of Electrical and Electronics Engineers (IEEE). She is an internationally respected leader in the areas of numerical computing, data analysis, and visual analytics. She has made significant fundamental contributions to the advancement of computational methods and tools through groundbreaking research that impacted many real-life applications.

“Georgia Tech has been a pioneer in the academic discipline of Computational Science and Engineering,” Park said. “I am honored to serve as chair, especially at a time when the field is reaching into so many new areas of life and society. I look forward to working with the communities in the school and across campus as we endeavor to expand our field and move it to the next level.”

Park will be taking the reins from Srinivas Aluru, professor and executive director of the Institute for Data Engineering And Science (IDEaS), who has served as interim chair for the past year.

“I’d like to thank Srinivas for taking this leadership position," Isbell said. "He did so while being the Executive Director of the Institute for Data Engineering and Sciences, and he kept that organization moving forward as well. I know doing both was difficult, but he knew his school and his college needed him, and he rose to the challenge."

Park will begin as chair on Monday, August 10. Please join Dean Isbell in congratulating her and the School of Computational Science and Engineering on this new chapter.