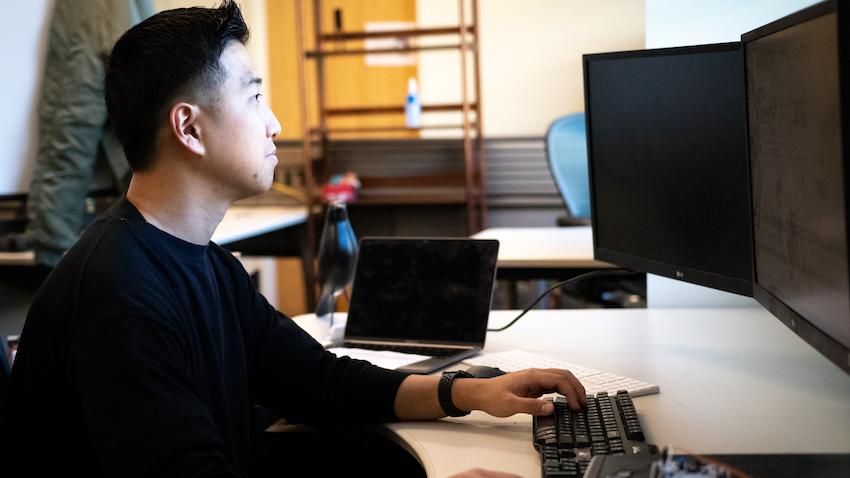 Don’t worry, no one is watching you.

After all, you remembered to put your webcam cover back on after your Zoom meeting, right?

If you forgot to do that, it’s still unlikely someone is watching you through your webcam. But if you want that sense of security, a new device may be able to provide it without you having to do anything.

A “smart” webcam cover designed by Interactive Computing doctoral student Youngwook Do can cover your webcam automatically after you’ve used it for a virtual meeting.

Do’s webcam cover detects when the LED indicator, which informs the user the camera is recording, is on or off. The eye of the cover fits directly over the lens of the webcam and is made of polymer-dispersed liquid crystal (PDLC) film. PDLC is a type of “smart” film that keeps light out and images opaque until an electrical stimulus is applied.

When users turn their webcams on, Do’s cover supplies that stimulus to allow light through to produce a clear image. Users are then prompted to manually press a button to open the cover. When the LED indicator is off, the cover removes the stimulus, the lens becomes opaque once again, and the cover closes.

Do’s paper, Smart Webcam Cover: Exploring the Design of an Intelligent Webcam Cover to Improve Usability and Trust, cites a Hewlett-Packard survey that found 59 percent of Americans cover their webcams to avoid the threat of surveillance. And in a survey of 200 webcam cover users, Do found that 62 percent occasionally forget to re-attach their webcam covers after using their webcam.

There are no reliable statistics, however, that explain how frequently hackers tap into the webcams of computer devices. All that’s known is that it has happened, and it could happen to anyone.

But the fact that so many people take measures to protect themselves, even without documented data that shows how often webcam surveillance occurs, was not lost on Do as he conducted his research. Do attributes that behavior to the human need to feel safe and assured that no one is watching.

“There are no statistical results on it, but the more important problem is the user’s perception,” Do said. “Once people saw these incidents happening, they started distrusting whatever the manufacturer claimed about it being secure, and that’s why they started using a physical cover because you can simply make sure no one can watch you.” 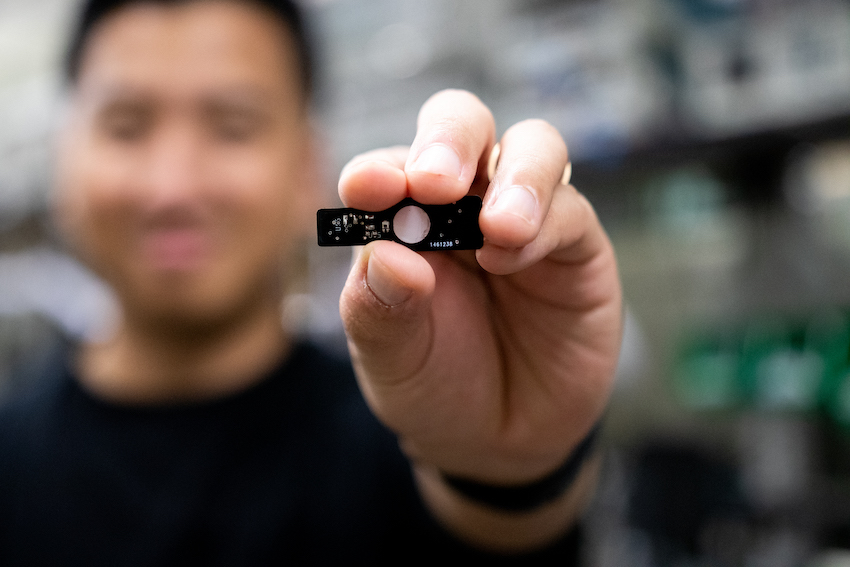 Do said he designed his webcam cover with a “trust factor” in mind. He not only wants people to be safe when they are using ubiquitous technology like webcams — he wants them to understand how they’re being protected.

Do believes the more people understand the technology that protects their security and privacy, the safer they feel, and the more initiative they take toward educating and protecting themselves.

“I think that’s the beauty of designing better interactions instead of better security,” he said. “There are secure ways to protect end users from malicious activity, but if people cannot find it useable, it becomes useless. People are the weakest link for security and privacy, so it’s important to help them learn how this is working and how to use security and privacy in the right way to protect themselves.”

Do said there is one barrier to his webcam cover prototype: It runs on a battery and must be removed from the webcam to be recharged. He said there are a couple of methods he is considering to solve the problem.

One would be an interaction-powered device that can keep the battery charged through the energy created by a user typing on the keyboard. Another potential method would harvest energy from the radio waves of a local Wi-Fi network. Do said this method is convenient because any potential hacker could not take remote control of a webcam without the computer being connected to Wi-Fi. If there is no Wi-Fi, there’s no reason to worry about the webcam.

Do said he is also exploring security and privacy in other ubiquitous technologies such as smart speakers. People who own smart speakers like Amazon Alexa devices may fear what they are saying is being listened to or recorded without their knowledge or consent.

As of now, people must be reliant on the word of the device’s manufacturer that their privacy is not being invaded. That’s where a third-party device, such as the one Do has developed for webcams, can bridge the trust gaps between device and user.