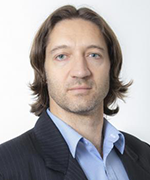 I've started as a tenure-track Assistant Professor in the School of Computer Science at Georgia Tech in August 2019, transitioning from my postdoc at the University of California Berkeley, where I worked with Ion Stoica and collaborated closely with Joseph Gonzalez. I completed my Ph.D. at Carnegie Mellon University, advised by Gregory Ganger. At Carnegie Mellon, I was honored by the prestigious NSERC Alexander Graham Bell Canada Graduate Scholarship (NSERC CGS-D3) and partially funded by the Intel Science and Technology Centre for Cloud Computing and Parallel Data Lab. Prior to Carnegie Mellon, I worked on agile stateful VM replication with para-virtualization at the University of Toronto, where I worked with Eyal de Lara and Michael Brudno. My interest in cloud computing, datacenter operating systems, and programming the cloud brought me to the University of Toronto from industry, where I had been developing cluster middleware for distributed datacenter resource management.