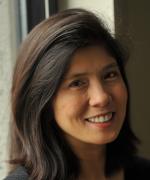 Katrina has held various software engineering positions in Silicon
Valley since 1990. Her specialty includes hiring and managing
engineering teams, computer networking and web server
development. She most recently was Vice President of
Engineering at Archimedes, Inc., a medical simulation software
company. Other positions she has held include several Director of
Engineering positions at Oracle, PointCast, E-Stamp and
ChemConnect. Prior to living in Silicon Valley, she was a software
engineer at Broadway & Seymour in Charlotte, North Carolina.
She is a named inventor on two software patents.