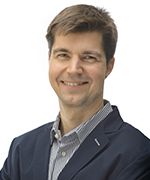 A pioneer at the intersection of artificial intelligence and human-computer interaction, Oliver specializes in designing and building AI systems that understand and respond to human behavior, relying on data from various sensors and deployments. Recent applications include work on intelligent contextual assistants, as part of the DARPA PAL program (commercialized as SIRI and meshin.com), and human personality prediction, as part of the DARPA ADAMS program (commercialized as part of IBM Watson).

During his career, Oliver has designed systems and managed teams at Adobe, Xerox PARC, INRIA, XRCE, Vectra Networks, TU Darmstadt and other institutions. Being an ACM Senior Scientist, he has published over 90 papers in renowned journals/conferences in AI and HCI, holds over 30 US patents and has over 50 US patent applications pending. In addition, Oliver has chaired or actively served in the organization of more than 20 research conferences in the field of artificial intelligence and human-computer interaction, notably as General Chair of the 2015 ACM Conference on Intelligent User Interfaces (IUI) and PC co-chair for IUI 2019.

In 2015, Oliver decided to co-found his own company, Stella.ai - the personal AI recruiter, where he has been serving as Chief Data Scientist and VP of AI Research, growing an outstanding AI research team, defining and implementing AI algorithms, creating the patent portfolio, and securing the seed and series A funding of the company. The company is growing and raising further funding rounds.

In 2017, Oliver joined Adobe to help design and build their intelligent assistant that will be used by millions of users.