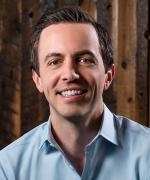 Chairman and CEO of Trading Technologies

Rick Lane is the chairman and CEO of Trading Technologies, a Chicago-based privately held independent professional trading software firm. Before taking the CEO role and later the chairman's post, he was the executive vice president and chief technology officer at TT and led the firm's global engineering and technology initiatives.

Lane first joined TT in June 2010, when TT acquired the company he co-founded, TickIt Trading Systems. At TickIt, he was the principal architect of ADL, a visual programming platform for automated trading.

Before cofounding TickIt in October 2009, Lane worked for a proprietary trading firm, where he developed trading algorithms for the Chicago futures markets. Before entering the financial sector, he worked at consulting firm Booz Allen Hamilton, where he developed wargaming and defense-analysis software for the U.S. Department of Defense and other government agencies.

Lane graduated from Georgia Tech in 2003 with a degree in Computer Science.