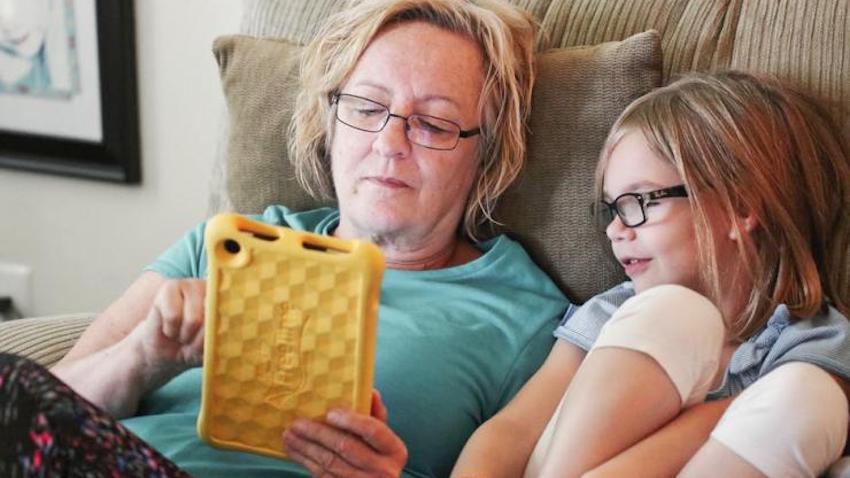 With an emphasis on science, technology, engineering, and math (STEM) subjects, researchers from the Schools of Interactive Computing (IC) and the Wallace H. Coulter Department of Biomedical Engineering (BME) are teaming with Thrust Interactive, Inc., to create digital games that can help these kids that tend to miss a lot of school due to their illnesses.

Associate Professor Betsy DiSalvo (IC) and Associate Professor Wilbur Lam (BME) are leading the project, which will span two years under the current terms of the grant. Their goal is to take advantage of the time chronically ill children spend in waiting rooms, having transfusions, or other times spent outside of the classroom.

The digital games are based on physical tabletop games created by members of Lam’s lab. Led by Dr. Elaissa Hardy (Emory), a team of BME undergraduate students originally created the tabletop games to help kids in the hospital with sickle cell disease engage with STEM subjects.

Lam’s lab has worked with DiSalvo and Thrust for the past two years to pilot test digital versions of these games. The new NIH grant will be used to develop findings from the pilot testing so the research team can better understand how to create a scalable model that can be used in hospitals across the country.

Another challenge the team wants to address is the difficulty children face in discussing their diseases with others. Common illnesses such as diabetes and asthma, as well as those less common like sickle cell and cystic fibrosis, can be challenging topics for children, particularly in their early teen years.

“The middle schoolers we interviewed told us it was awkward to talk about their disease,” DiSalvo said. “Sometimes, they got bullied or had issues finding ways to discuss it with their peers. Previous research has shown that if you can have kids play a game around their disease, they’ll engage about it more in conversation with peers and families.

“It can diminish the stigma, and it also positions them as experts. When children feel like they have an expertise, they are usually willing to dive deeper and learn more to maintain their expert position.”

A better understanding of their disease at this age is critical for young people beginning to take charge of managing their own care, according to the researchers.

“These adolescents are beginning to transition into adulthood, so managing their illness is beginning to become their responsibility,” DiSalvo said. “Those transitions are difficult because, in doctor visits, parents tend to dominate the conversation while kids sit in the background, not really asking questions or engaging. It’s important to change that dynamic at this age.”

The researchers are investigating three different approaches to the digital games to determine the best learning experience outcomes. They will test content using:

Follow-up comprehension tests after will help determine which approach leads to the best results. Those tests will take up the first year of the project, with the second year focused on testing the application in live hospital settings.

“We want it to be so fun and engaging that they don’t think of it as an educational game,” said Sarah Boyd, a Thrust Interactive team member who will work on design.

“It’s fun, and they’re learning. There are existing approaches relating to the education of disease, but they aren’t as engaging. We want a fun and engaging game first, but then they’re going to be learning about their health as they engage.”

Thrust Interactive has elicited help from Paul Jenkins, a comic book writer and video game creator who has been involved with Teenage Mutant Ninja Turtles, a number of Marvel Comics titles, and video games like God of War and The Darkness.