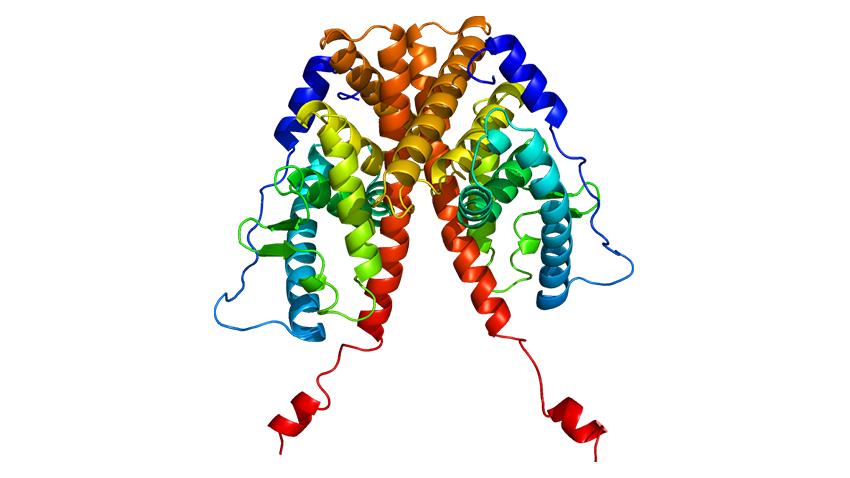 Proteins play an essential role in determining structural components of body tissue, enzymes, and antibodies. Understanding how cells determine which proteins to produce is the key to preventing disease, cellular mutations, and more.

A gene must be first expressed before its protein product is produced. Now, with advancements in computational science, researchers are asking if we can computationally identify the mechanism which decides which genes express themselves in a cell.

School of Computational Science and Engineering (CSE) Assistant Professor Xiuwei Zhang is the recipient of a $400,000 National Science Foundation grant supporting the creation of new computing methods that aim to do just that.

“We know that if we detect expression for a gene then it is likely that its proteins are also present. Since experimentally measuring protein abundance in cells is very difficult, researchers look to gene regulatory networks to understand which proteins are present instead,” she said.

A gene regulatory network is a directing graph that shows out of tens of thousands of genes, which genes are controlling other genes.

This is where Zhang’s research breaks from traditional approaches and considers this one-to-many relationship in its gene regulatory networks.

“Now since one gene corresponds to multiple isoforms, in our gene regulatory networks, the nodes are isoforms instead of genes, which can provide a more accurate representation of the actual regulatory mechanism in cells,” she said.

In response to these challenges, a method for developing a transcript assembler that can quantify the expression level of an isoform is needed to build an accurate and scalable regulatory network. This part of the work is led by Zhang’s collaborator, Pennsylvania State University Assistant Professor Mingfu Shao.

Ultimately, the new methods will be used in the field of immunology to study cellular mechanisms in steroid-producing cells with collaborators at Cambridge University.

“This is very important for many biological events such as if disease happens during embryo development or to the immune system. It is our goal to be able to see from data that the level of an expression of a certain gene is not normal and then trace the problem through the regulator network. Once this is done, we can begin targeting the upstream genes for drug or vaccine development,” said Zhang.