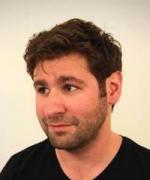 Justin graduated from the College of Computing in 2007. After university, he moved to Palo Alto to work as an Engineer at Facebook. Starting on core product infrastructure, he eventually switched into management and started the Photos and Video product engineering teams. Over a two year period, the team improved reliability while launching high resolution photos, a new viewer, and face recognition. After leaving Facebook in 2011 and enjoying a short sabbatical, he helped found Pave. Pave is a startup reinventing loans for millennials that has raised over $5M. Justin was co-founder and CTO responsible for building the initial product and the engineering team. He now focuses his time on investing and advising startups.

When not focused on technology and investing, he spends his time reading about economics, playing music, and running.