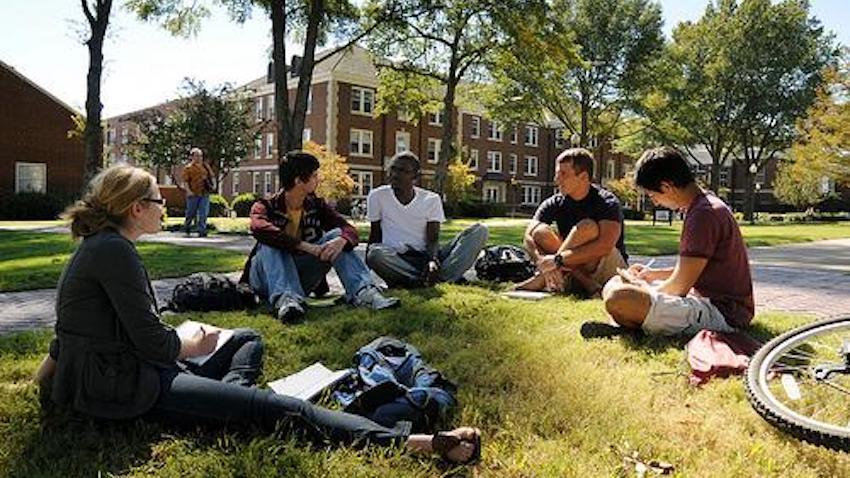 An algorithm developed by researchers at Georgia Tech can quantify periods of high stress on college campuses and could better inform appropriate responses by counselors, deans of students, faculty, and student populations themselves.

Using Reddit posts following incidents of gun violence on 12 American campuses as a test bed for their algorithm, researchers were able to identify sharp upticks in stress levels in the weeks immediately following these events and also the common words or phrases that increased or decreased during that period.

“You can always make the indirect inference that you’re seeing higher stress levels due to a specific event, like on-campus violence,” said Munmun De Choudhury, an assistant professor in Georgia Tech’s School of Interactive Computing. “But what does that mean? Currently, we work on our hunches about the level of impact. This work can provide insight into these types of events by quantifying stress levels. What is the impact, and how?”

To study the impact and the algorithm’s ability to detect it, De Choudhury and Georgia Tech Ph.D. student Koustuv Saha brainstormed the types of events that could impact students’ lives the most. They determined something unique and local to their specific campus, like incidents of violence, would offer an abundance of interaction between students on social media.

Applying the algorithm to the 12 campus groups, they found that there was, not surprisingly, higher stress surrounding those events. More importantly, though, they were able to identify aspects of that stress that weren’t readily available by the simple knowledge that on-campus violence induces a negative response from students. For example, while “class” was a word that commonly came up in high-stress posts before the incident, in that short period following any discussion of academics significantly dropped. On the other hand, words that were rarely seen throughout the year – social words, like “friends” and “people” – suddenly appeared.

“They were words that indicated concern or solidarity, bonding words,” De Choudhury said. “We can see that there is a different sense of community. All of this is actionable, because if class is not a concern at that time, perhaps we need to adapt things at the campus level that can better meet the students’ needs, like peer support groups or things like that.”

While the approach was tested only for college campuses encountering gun violence, Saha said that he could imagine a similar approach transferring to other settings. The challenge would be adjusting it to account for the size and makeup of the community.

“On campus, they are younger students who already interact on Reddit with each other,” he said. “If you’re talking larger-scale incidents, perhaps nationally, you have a much more diverse community which doesn’t all communicate via the same medium or in the same way.”

This research was published in the paper Modeling Stress with Social Media Around Incidents of Gun Violence on College Campus. It was presented at the 21st ACM Conference on Computer-Support Cooperative Work and Social Computing (CSCW).