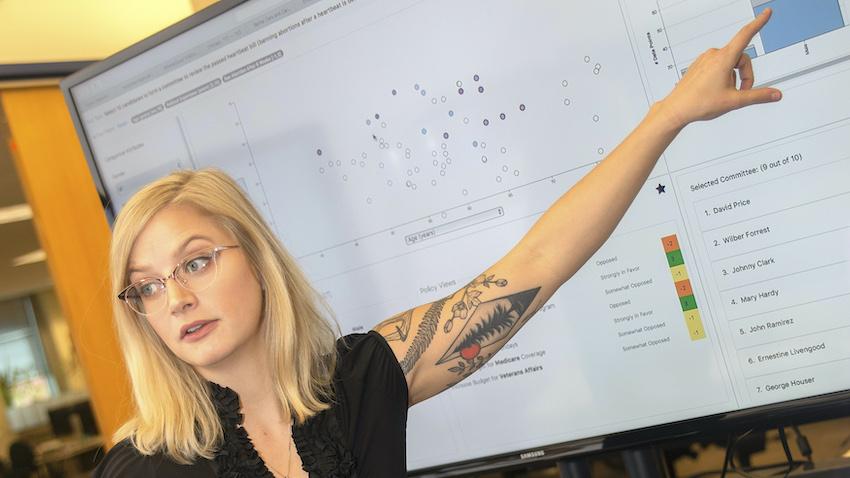 A recent industry report finds that Georgia Tech is doing comparatively well when it comes to the gender diversity of its computer science (CS) faculty.

The report from CrowdStrike, a global cybersecurity company, says that Georgia Tech ranks second in the U.S. for gender diversity among CS faculty. According to the report, women comprise 23.8 percent of the CS faculty at Georgia Tech.

“Pushing forward on gender equity is a top strategic driver for the College and the Institute so I’m pleased that we have ranked well in this report. There is still much to be done, but this is solid evidence that our efforts to even the playing field are paying off, and that we are moving in the right direction,” said Charles Isbell, Georgia Tech dean of computing and John P. Imlay Jr. chair.

The analysis examined faculty listings on websites for the top 25 CS schools as ranked in U.S. News and World Report’s 2018 graduate program rankings. It included data for professors, instructors, and researchers, but does not include staff members.

The reasons for bringing attention to gender diversity in computer science are clear. The CrowdStrike report references data from a recent Microsoft survey that showed that women are 52 percent more likely to stay in STEM fields if they have a female role model.

“I’m exceedingly proud of our female faculty members. The mentorship, leadership, and guidance they provide, and the example they set, are vitally important to the ongoing success of our female students at every level,” said Isbell.

Along with this encouraging news about faculty gender diversity, the College is also seeing positive growth in female student enrollments.