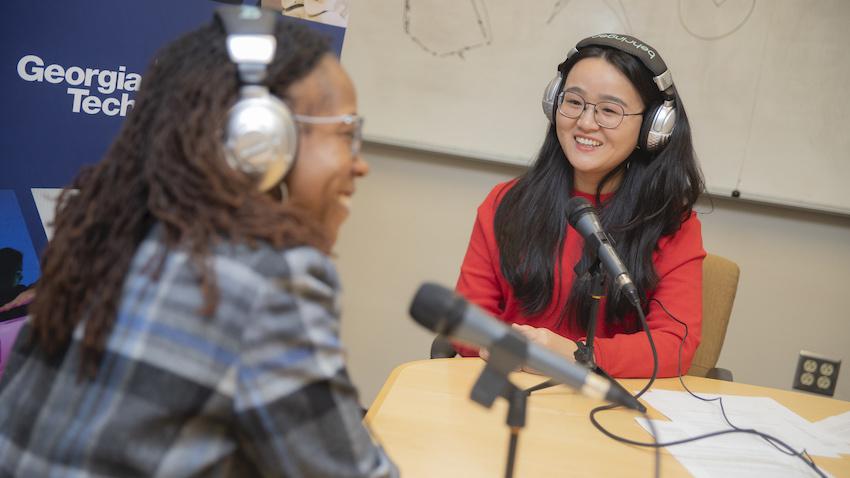 School of Interactive Computing Assistant Professor Diyi Yang was named a Salesforce AI Research Grant Winner for 2020. One of seven winners of the award, she will receive a $50,000 grant to advance her work. It is the third year the grant has been provided by Salesforce.

Yang’s research, which is being led by her Ph.D. student Jiaao Chen, aims to alleviate dependence of supervised models on labeled data via data augmentation approaches. Supervised learning is the machine learning task of learning a function that maps an input to an output based on example pairs, inferring the function from training data that has been tagged with identifying properties or characteristics (labeled data).

The hope is that they may improve upon the ability to transfer models from one setting to another despite the relative lack of intensive training examples.

“In the era of deep learning, natural language processing (NLP) has achieved extremely good performances in most data-intensive settings,” Yang said. “However, when there are only one or a few training examples, supervised deep learning models often fail. This strong dependence on labeled data largely prevents neural network models from being applied to new settings or real-world situations.”

Yang’s group has published a couple of papers in this field already, and she said the Salesforce grant will further support efforts to extend it to broader contexts, especially when NLP tasks involve complicated outputs.

“These examples might include performing named entity recognition that finds the important information in a text, or semantic parsing that converts a natural language sentence into a structured command,” she said.

You can read previous papers on the subject at the links below:

Yang was chosen from a group of over 180 quality proposals from more than 30 countries.