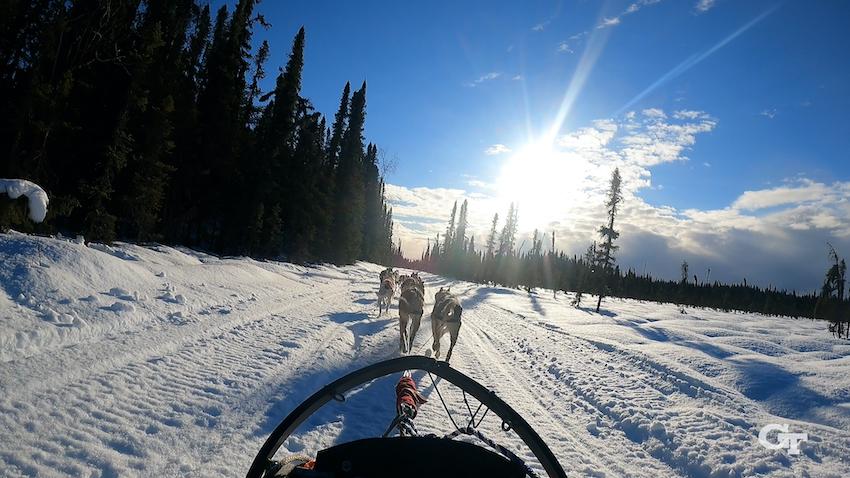 Whether pulling a sled across the frozen tundra for hundreds of miles or guiding a visually impaired runner on a cross-country marathon, canine athletes are as prone to injury as their human counterparts.

To help reduce injuries and improve performance for canine athletes, student researchers at Georgia Tech have developed a wearable activity and gait detection device – known as WAG'd – as part of an animal-centered computing course led by College of Computing Associate Professor Melody Jackson.

With support from the GVU Center's Prototyping Lab, development on the device continued following the course last fall. Prototype in hand, the interdisciplinary team then went to Alaska in March to connect with an Iditarod musher and his sled dogs to conduct field research.

Learn more about the students behind this innovative project, which was reviewed and approved by Georgia Tech's Institutional Review Board (IRB), and how it came together in this fast-paced video profile created by GT Computing videographer Kevin Beasley.