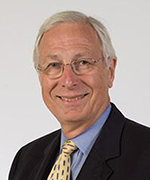 Jim Foley, professor of interactive computing and the Fleming Chair in Telecommunications, is a computing pioneer, innovative educator and respected author.

A leading international figure in two major disciplines of computer science (graphics and human-computer interaction), Foley has received lifetime achievement awards in both fields from Association for Computer Machinery's special interest groups (SIGGRAPH in 1997 and SIGCHI in 2007). Foley was one of the computer graphics pioneers who went on to help establish HCI as a discipline.

Co-author of three books, he is the first author of what many consider the definitive text in computer graphics, Fundamentals of Interactive Computer Graphics, which has sold 400,000 copies in 10 translations.

Foley arrived at the College of Computing in 1991 and founded the GVU Center. Five years later U.S. News and World Report ranked the center No. 1 for graduate computer science work in graphics and user interaction.

Active in industry, Foley became director of MERL (Mitsubishi Electric Research Laboratory) in 1996 and then CEO and chairman of Mitsubishi Electric Information Technology Center America in 1998. He returned to Georgia in late 1999 to head up the state's Yamacraw economic development initiative in design of broadband systems, devices and chips.

In February 2008, he was elected to the National Academy of Engineering, among the highest professional distinctions given to an engineer. A few months later, he received the 2008 Class of 1934 Distinguished Professor Award, the highest honor Georgia Tech bestows on faculty.

Of all his awards, Foley says he most treasures the one given him by computing graduate students who named him "Most Likely to Make Students Want to Grow Up to be Professors."

Foley served as interim dean of the College of Computing from 2008 to 2010.