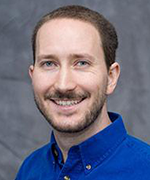 Dr. Jay Summet is a super cool lecturer and in his spare time he leaps tall buildings with a single bound. He taught himself to juggle and solve rubik's cubes, although he later forgot how to solve rubik's cubes and has two available for purchase, partly solved. He owns more bikes than cars, more degrees than bikes, more computers than degrees, and more robots than computers. He writes off some of the robots on his taxes because they are a business expense.