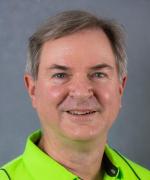 John Stasko is a Regents Professor in the School of Interactive Computing and an Adjunct Professor in the School of Computing Instruction at the Georgia Institute of Technology, where he has been on the faculty since 1989. Stasko is a widely published and internationally recognized researcher in the areas of information visualization and visual analytics, approaching each from a human-computer interaction perspective. He has received Best Paper or Most Influential/Test of Time Paper awards from the IEEE InfoVis and VAST, ACM CHI, INTERACT, and ICSE conferences.