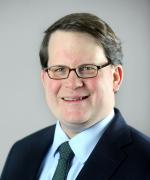 Mark is the Managing Principal in the Atlanta office with primary responsibility for business development and client relationship management.  Mark served as Chief Investment Officer and a Managing Director for BlueArc Capital Management, an alternative asset manager for family offices, where he remains a Director.   Mark began his career with McKinsey & Co. and subsequently was Director of Strategy at D.E. Shaw & Co where he developed the organization’s private equity investment strategy and helped launch the firm’s reinsurance business.  After returning to Atlanta in 2007, he led a $200MM recapitalization for The Brand Banking Company as well as other initiatives with Brand Group Holdings.

Mark graduated from Stanford University, and was the valediction speaker for his class.  He went on to earn his Doctorate and Master’s degrees from Oxford University where he was a Marshall Scholar.  He is also the recipient of a Fulbright Scholarship and has been named Atlanta and Georgia’s “40 Under 40” by both the Atlanta Business Chronicle and Georgia Trend magazine respectively.  Currently, he serves as an Adjunct Professor of Finance and a Senior Research Fellow at the Center for Alternative Investments at the Goizueta Business School of Emory University.

Mark serves on the Board of Visitors at Emory University, the Carter Center Board of Councilors, the Board of Directors of MAP International, the Atlanta Ballet Advisory Board, the Christian Mission Committee of the Westminster Schools, and the Board of Trustees of the Bodleian Library of Oxford University.