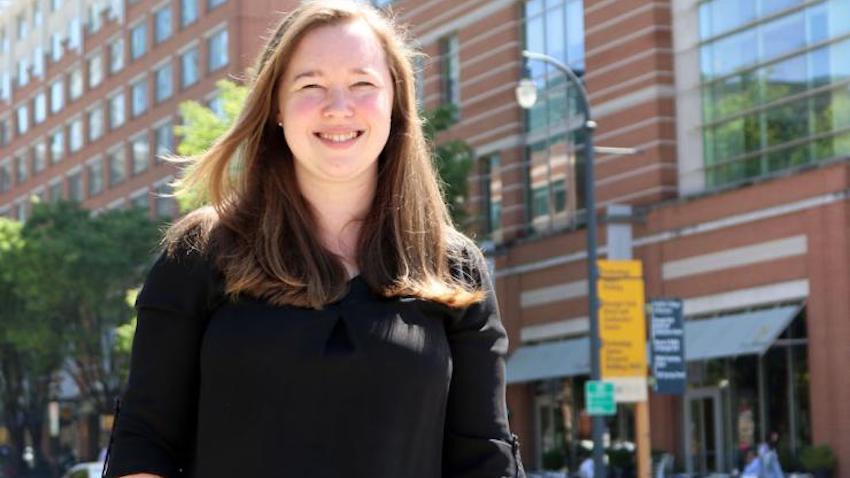 Miranda Parker was early on in her time as a Ph.D. student in the School of Interactive Computing (IC) when she began her first quantitative study. She wanted to see whether they could model the variables that influence whether a school would or would not adopt computer science (CS) as a class for its students.

Prior to the study, the hypothesis was that variables like median income or enrollment numbers or the population of students who qualify for free and reduced cost lunch programs could be an indicator of whether or not computer science was implemented. Lower income levels, for example, might correlate to schools that just didn’t have the resources to deploy such programs.

Somewhat to Parker’s surprise, the short answer to that question was – no. No, a higher median income didn’t mean more computer science; no, schools with lower free and reduced lunch numbers didn’t teach computer science at a higher rate; no, higher enrollment didn’t necessarily mean more young students yearning to learn how to code.

On the surface, that first study might have felt like a failure. If the goal was to prove that income disparity equated to a disparity in who was gaining exposure to a key part of their education, then it may be fair to describe it as such. However, Parker looks back on that study as a key component of what has guided her research at Georgia Tech ever since.

It wasn’t a failure, she said. It just helped open her eyes to some realities she may not have noticed otherwise.

Okay, but how did it get started in 2013? That’s part of the question her research is trying to uncover.

“That’s an endless cycle,” she explained. “You had it before, now you still have it. But how did you get it to begin with?”

One thing she’s learned, which can be said for a majority of research in IC, is that it comes down to the people. Who is involved with a school and what connections do they have to a particular subject? If a connection has worked in CS in the past or may be passionate about adding that to the school, the results indicate the school is much more likely to employ that subject.

It’s not just a person, either. Organizations like Georgia Tech’s Constellations Center for Equity in Computing and the Center for Education Integrating Science, Math, and Computing are also championing K-12 CS educational opportunities.

But, Parker said, being successful is a bit more complicated than just serving CS up to the masses in communities that are unfamiliar with these and other organizations.

The most encouraging thing about that research, Parker said, was that the failure of her original study showed her one important piece of information.

“You don’t need high income to have computer science,” she said. “It really can be for everyone. That’s an important piece of information to know.”

Parker is aiming to finish her Ph.D. work in the fall and will decide between pursuing a faculty position, which she is leaning toward now, or other opportunities that may present themselves down the road. Former Georgia Tech Professor Mark Guzdial, now a faculty member at the University of Michigan, is Parker’s advisor.