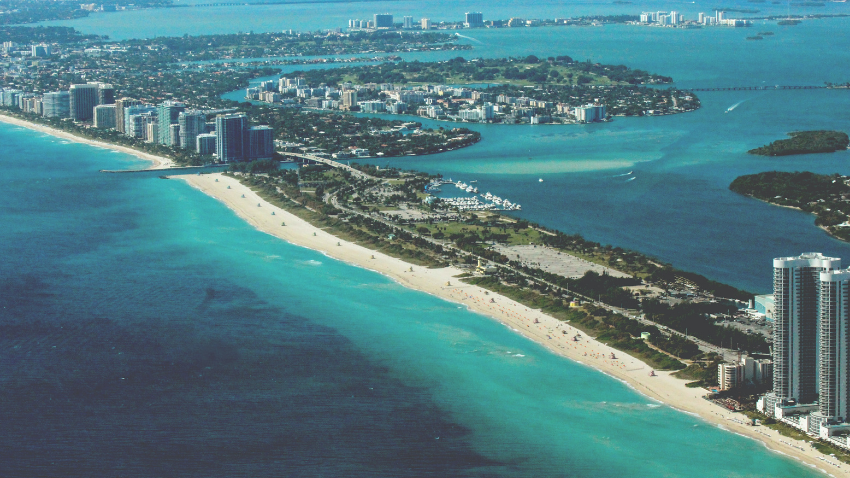 With Australia continuing to burn, increases in floods and other natural disasters around the world, it is no surprise that researchers are looking for new ways to explore the effects of climate change on human populations.

Researchers at the Georgia Institute of Technology, collaborating with the University of Southern California and the University of Waterloo, recently published a paper that looks into the impacts of sea-level rise on human migration. The paper, “Modeling Migration Patterns in the USA Under Sea Level Rise”, proposes a framework to couple sea level rise models with human migration models so that researchers can see the indirect effects of rising sea levels on human populations.

“Traditionally sea level rise has been talked about in terms of the number of people on the coastline that will be affected, how many homes may be flooded, and how day-to-day activities may be disrupted. But in our modeling we can see the effects go much further beyond just the coast,” said Georgia Tech Ph.D. student and lead author Caleb Robinson.

Previous work in this area has mainly explored existing migration pathways, like people moving from New York City to Los Angeles. This new research looks into pathways between counties and cities that previously might not exist. For example, Atlanta and Dallas are becoming inland cities that many coastal residents migrate to, while they were not previously thought of as cities affected by rising sea levels.

Researchers used historical migration data from 2005 and 2006 after Hurricane Katrina and Hurricane Rita nearly destroyed the city of New Orleans. Both of the hurricanes resulted in mass flooding across several counties, resulting in an outpouring of migrants. Using machine learning, researchers were able to better understand people’s moving patterns and build a separate model for people impacted by similar scenarios of forced migration compared to regular migration patterns.

They combined this model with future estimates of the human population and sea-level rise in 2100 to look at what areas might be underwater and better understand where the affected people from these areas might go.

"Our study emphasizes that modeling and understanding better forced migration dynamics is key to more accurately estimating the more global ripple effects of sea-level rise," says University of Southern California assistant professor Bistra Dilkina, who is the corresponding author of the study.

Robinson emphasized that while this work is a huge step in the right direction, they built the framework so that it could be continued to be refined upon by other researchers.

“Our framework allows others to plug in different information like population projections that will allow researchers to develop more complicated and better-understood models. If that happens, we can all continue to update our results and make even better predictions and assessments,” said Robinson.

The researchers hope that their work will not only lead to more research being done in this area and lead to more people understanding other effects of climate change but that it will also help city planners better plan for shifting migration patterns in the future.

Understanding this data will hopefully help coastal cities increase funding for sea walls and other measures so that there will be fewer homes destroyed by a flood, or for other inland cities to reconsider how they are structuring their transportation options.

The paper and more of its findings will be published in the latest issue of PLOS ONE in January 2020.