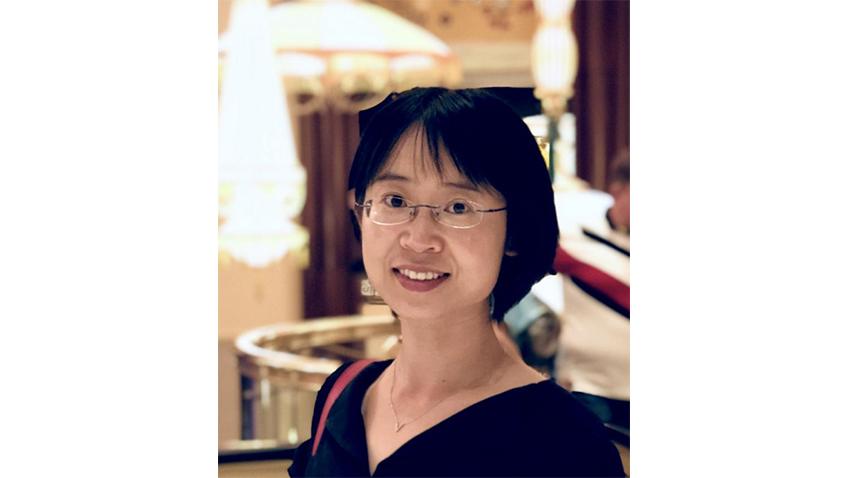 The intersection of computation and biology allows researchers to understand the mechanisms that control gene functions in cells and better understand disease.

For Xiuwei Zhang, an assistant professor in the  School of Computational Science and Engineering (CSE), this intersection also provides a space to help physicians and biologists alike through her research in mathematics and computer science.

While working on her master’s program at Tsinghua University, Zhang was introduced to the then-novel field by a professor who would eventually become the supervisor for her master’s thesis.

“Professor Zhidong Deng had just come back to China from the U.S. and quickly introduced an area known as computational biology to the computer science department at Tsinghua University,” she said.

“He introduced a groundbreaking problem that aimed to computationally predict the structure of RNAs. I thought it was very interesting and if I was going to choose a research direction with computer science, then biology was a great field to apply it to. Not only does it help us understand more about our own bodies, it is also a fascinating combination of engineering and science,” she said.

Zhang joined CSE in fall 2019 and is part of the school’s research expansion into the bioinformatics field.

Her research specifically focuses on data science, method development, and data analysis with an emphasis on computational biology.

“In a healthy organism, we need to make sure the right genes are functioning in every cell. Understanding which mechanism controls each gene function in a cell and its regulators allows scientists to build a network showing the full mechanism,” said Zhang.

Currently, Zhang’s research group at Georgia Tech is working to integrate multimodality data on a single cell level. The goal of their research aims to combine different data types together to study the cellular mechanisms in single cell organisms.

“What we really want to understand is what is controlling all the changes in the cells and track their differences. On a mechanism level, we need to not only look at the RNA sequencing data but also integrate other types of data such as protein analysis,” she said.

Zhang’s other research focus is on regular network inference methods, which examine the regulatory relationships and controls of each cells to determine how and why certain genes are functioning.

A group of researchers from Karolinska Institute of Sweden are developing a method to infer RNA velocity which determines how fast a gene’s expression will increase or decrease in each cell. Zhang’s team is building off of this recent work which makes novel use of the predicted RNA velocity. Their goal is to develop a graph algorithm that takes the data from RNA velocity to output estimated trajectory of cells. These trajectories allow researchers to track different biological processes in the set of cells under study.

“We want to infer the gene regulatory networks from single cell RNA sequencing data using computational methods. These networks represent the interactions between genes and proteins in cells, thus provide important information on the mechanisms in cell development and diseases. But we first need to aggregate the data from many cells and then sort the cells to then determine the trajectory of the cells,” she said.

Zhang joined CSE after working as a postdoctoral researcher in the Electrical Engineering and Computer Sciences Department at the University of California (UC) at Berkeley. While at UC Berkeley, her time centered on two different projects, each using single-cell sequencing. One project, called SymSim, published in the Nature Communications Journal, developed a simulator to model processes observed during single cell RNA sequencing experiments.

Zhang has won several distinguishing awards in the areas of computational biology and data analysis, including: