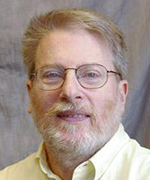 Richard "Dick" Lipton, Ph.D., is a Professor in the College of Computing and the Frederick G. Storey Chair at the Georgia Institute of Technology. His professional career has included numerous contributions to computer science theory, data security models, program correctness, and bioinformatics. Prior to joining Georgia Tech, he held faculty appointments at Yale University, the University of California at Berkeley and Princeton University and held leading positions in industry as the founding director of a computer science research laboratory for Panasonic Corporation. Today, he continues as a chief consulting scientist at Telcordia Technologies (formerly Bellcore).

Lipton's research is primarily, but not exclusively focused on theory. Lipton also has made important contributions in the areas of program testing, software engineering and most recently, DNA computing. This latter area combines molecular biology and computer science. It is generally acknowledged that Lipton was an original pioneers of the bioinformatics field of DNA computing, along with Len Adleman.

He is the 2014 recipient of the Knuth Prize for outstanding contributions to computer science, presented by ACM SIGACT and by IEEE Computer Society's Technical Committee on the Mathematical Foundations of Computing. Lipton is a member of the National Academy of Engineering, was elected a fellow of the Association for Computing Machinery in 1997 and was honored as a Guggeneheim Fellow in 1981.