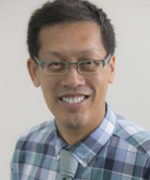 Richard (Rich) Vuduc is an Associate Professor at the Georgia Institute of Technology (“Georgia Tech”), in the School of Computational Science and Engineering, a department devoted to the study of computer-based modeling and simulation of natural and engineered systems. His research lab, The HPC Garage (@hpcgarage), is interested in high-performance computing, with an emphasis on algorithms, performance analysis, and performance engineering. He is a recipient of a DARPA Computer Science Study Groupgrant; an NSF CAREER award; a collaborative Gordon Bell Prize in 2010; Lockheed-Martin Aeronautics Company Dean’s Award for Teaching Excellence (2013); and Best Paper Awards at the SIAM Conference on Data Mining (SDM, 2012) and the IEEE Parallel and Distributed Processing Symposium (IPDPS, 2015), among others. He has also served as his department’s Associate Chair and Director of its graduate programs. External to Georgia Tech, he currently serves as Chair of the SIAM Activity Group on Supercomputing (2018-2020); co-chaired the Technical Papers Program of the “Supercomputing” (SC) Conference in 2016; and serves as an associate editor of both the International Journal of High-Performance Computing Applications and IEEE Transactions on Parallel and Distributed Systems. He received his Ph.D. in Computer Science from the University of California, Berkeley, and was a postdoctoral scholar in the Center for Advanced Scientific Computing the Lawrence Livermore National Laboratory.