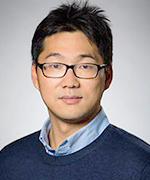 Professor and Director of GTS3

Kim is interested in building computing systems where underlying principles justify why it should be secure. Those principles include the design of the system, analysis of its implementation, and clear separation of trusted components. Kim seeks to develop tools that automatically identify which parts of an operating system have been affected, allowing a system administrator to recover from cyberattacks without excessive, manual effort.

Since arriving at Georgia Tech, Kim has secured numerous reseach grants from the Office of Naval Research, the National Science Foundation, and Defense Advanced Research Projects Agency (DARPA), among others. He continues to earn numerous honors such as the 2015 Internet Defense Prize from USENIX and Facebook, and he competed as a finalist in the inaugural DARPA Cyber Grand Challenge with Team Disekt.

Kim finished his doctorate in 2014 at MIT, where he worked with professors Nickolai Zeldovich and Frans Kaashoek specializing in systems security. His thesis work focused on detecting and recovering from attacks on computer systems. Kim has developed tools that would detect intrusion and discover which parts of the operating system could have been affected, allowing a systems administrator to recover from an attack without excessive manual effort. Kim received his bachelor’s in both computer science and electrical engineering from KAIST in 2009, and his SM and PhD from MIT in 2011 and 2014.