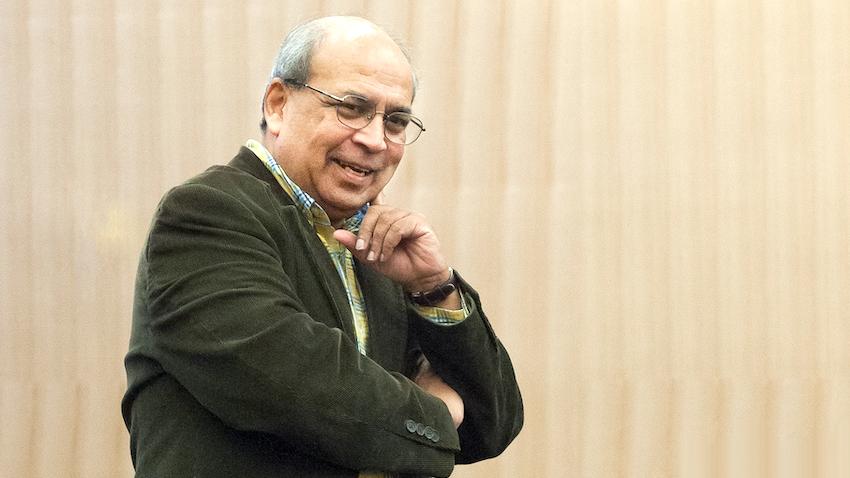 College of Computing Professor Ashok Goel has been elected as a 2022 Fellow of the Society by the Cognitive Science Society (CSS).

CSS is a consortium of global researchers working to better understand the human mind through a broad spectrum of research disciplines.

Those selected as Fellow of the Society “are individuals whose research has exhibited sustained excellence and had sustained impact on the Cognitive Science community,” according to the group’s website.

Goel and his fellow new Fellows will be formally inducted as part of the 44th Cognitive Science Conference in Toronto in July.

For more than a decade, Goel has been pursuing practical artificial intelligence research against a backdrop of cognitive science to better understand how human learn and provide more effective tools for online education.

“Being recognized by the Cognitive Science Society is an honor and certainly one that I happily share with my student researchers and collaborators,” said Goel, whose Design & Intelligence Lab created Jill Watson, the world’s first artificially intelligent teaching assistant.

Goel and his lab made national headlines in 2016 with Jill Watson and her role in Georgia Tech’s groundbreaking Online Master of Science in Computer Science (OMSCS) program. Since then, they have continued to push the use of artificial intelligence in the classroom forward and well beyond OMSCS.

They have now developed artificial intelligence (AI) tools that empower teachers of online classes to create AI teaching assistants for their classes. “In a sense, it’s using AI to create AI,” Goel says, “which is what you want in the long term, because if humans keep on creating AI, it’s going to take a long time,” Goel said in a recent interview.

Along with being a CSS Fellow of the Society, Goel was named as a fellow of the Association for the Advancement of Artificial Intelligence in 2021. He is also the executive director of NSF’s National AI Institute for Adult Learning and Online Education.