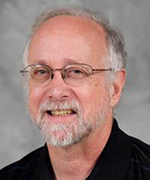 Ronald C. Arkin received the B.S. Degree from the University of Michigan, the M.S. Degree from Stevens Institute of Technology, and a Ph.D. in Computer Science from the University of Massachusetts, Amherst in 1987. He then assumed the position of Assistant Professor in the College of Computing at the Georgia Institute of Technology where he now holds the rank of Regents' Professor and is the Director of the Mobile Robot Laboratory. He also serves as the Associate Dean for Research in the College of Computing at Georgia Tech since October 2008. During 1997-98, Professor Arkin served as STINT visiting Professor at the Centre for
Autonomous Systems at the Royal Institute of Technology (KTH) in Stockholm, Sweden. From June-September 2005, Prof. Arkin held a Sabbatical Chair at the Sony Intelligence Dynamics Laboratory in Tokyo, Japan and then served as a member of the Robotics and Artificial Intelligence Group at LAAS/CNRS in Toulouse, France from October 2005-August 2006.

Dr. Arkin's research interestsinclude behavior-based reactive control and action-oriented perception formobile robots and unmanned aerial vehicles, hybrid deliberative/reactive software architectures, robot survivability, multiagent robotic systems, biorobotics, human-robot interaction, robot ethics, and learning in autonomous systems. He has over 170 technical publications in these areas. Prof. Arkin has written a textbook entitled Behavior-Based Robotics published by MIT Press in May 1998, co-edited (with G. Bekey) a book entitled Robot Colonies published in 1997, and a book published in Spring 2009 entitled Governing Lethal Behavior in Autonomous Robots published by Chapman-Hall (Taylor & Francis). Funding sources have included the National Science Foundation, DARPA, U.S. Army, Savannah River Technology Center, Honda R&D, Samsung, C.S. Draper Laboratory, SAIC, NAVAIR, and the Office of Naval Research. Dr. Arkin serves/served as an Associate Editor for IEEE Intelligent Systems, International Journal of Social Robots, and the Journal of Environmentally Conscious Manufacturing, as a member of the Editorial Boards of Autonomous Robots, Machine Intelligence and Robotic Control, Journal of Intelligent Service Robotics, Journal of Field Robotics, International Journal of Advanced Robotic Systems, and the Journal of Applied Intelligence, and is the Series Editor for the MIT Press book series Intelligent Robotics and Autonomous Agents. He also serves/served as a consultant for several major companies in the area of intelligent robotic systems. Prof. Arkin serves on the Board of Governors of the IEEE Society on Social Implications of Technology, being elected to a 3-year term (2010-2012) by the membership. He was also elected to serve two consecutive
3-year terms on the Administrative Committee of the IEEE Robotics and Automation Society in both 1999 and 2002, served as the co-chair of the IEEE RAS Technical Committee on Robot Ethics from 2004-2009 and co-chair of the Society's Human Rights and Ethics Committee from 2006 to the present, is the IEEE RAS liaison to the IEEE Society on Social Implications of Technology, and also served on the National Science Foundation's Robotics Council from
2001-2002. In 2001, he received the Outstanding Senior Faculty Research Award from the College of Computing at Georgia Tech. He was elected a Fellow of the IEEE in 2003, and is a member of AAAI and ACM.